Carlton Ernest "Pudge" Fisk (born December 26, 1947) is a former Major League Baseball catcher who played for 24 years with both the Boston Red Sox (1969, 1971-1980) and Chicago White Sox (1981-1993). Known by the nickname "Pudge" due to his 6'2", 220 lb frame, he was the first player to be unanimously voted American League Rookie of the Year (1972). He is best known for "waving fair" his game-winning home run in the 12th inning of Game 6 of the 1975 World Series, one of the greatest moments in World Series history. At the time of his retirement in 1993 he held the records for most home runs all-time by a catcher with 351 (since passed by Mike Piazza). A testament to his durability behind the plate, Fisk held the record for most games played at the position of catcher (2,226) until June 17, 2009 when he was surpassed by "Pudge" Iván Rodríguez. Fisk still holds the American League record for most years served behind the plate (24). Fisk was voted to the All-Star team 11 times and won 3 Silver Slugger Awards which is awarded annually to the best offensive player at each position. Fisk was known as a fierce competitor, a superb handler of pitchers and a natural on-field leader. He was elected to the Hall of Fame in 2000.

I've compiled career Win Shares as well as the most common stats for the 17 seasons of Fisk. I'll provide some lists of career leaders for various stat categories beyond just the top 5 available from the website. I'll start with those lists and move to a Hall of Fame discussion.

Let's look at hitters first. We'll start with career leaders in hits, runs, RBIs, HRs, AVG, and OPS. (For all of these stat tables, click to enlarge.)

The next view is of the top players and pitchers when it comes to Win Shares.

Nate Singleton should be an absolute lock. To me, it's an easy argument that he is second only to Antonio Chen as the greatest player in world history. Singleton is the all time leader in hits (2,983), runs (2,025), and RBIs (2,390). He's second only to Denny Wagner in home runs with 752. He is second to Chen in career Win Shares (430). He should be a first ballot HOFer.

Jaime Morris was a consistent top-notch player for every one of the first fourteen seasons. Morris ranks fourth all-time in both hits (2,686) and batting average (.330). His 355 Win Shares are good for eighth all-time and second amongst first basemen. His numbers are solid and should be good for recognition in the Hall.

My third vote goes to Stan Farley. His 193 career Win Shares are only good for 22nd amongst pitchers, but he entered season one at 32 years old. Farley had eight seasons under his belt prior to the world creation and posted great numbers in seasons four through seven. I created an extrapolation of what type of numbers Farley may have put together prior to world creation, and the result leads to a career Win Share total of about 380! His numbers for ERA (3.28), WHIP (1.17), and winning percentage (.664) are all in the top fifteen all-time.

Omar Bonilla was my next vote. Bonilla does not stack up as well in terms of Win Shares where his 194 rank 20th amongst pitchers. Bonilla did have four seasons before world creation which may have been good for another 60 Win Shares or so. His best season was at age 35 in season eight. However, he did accumulate 180 career wins (17th) in just twelve seasons. He is eighth all-time in ERA (3.15), seventh in winning percentage (.684), and third in WHIP (1.13). These impressive rankings and the fact that he spent a short time with the Ugly Sox were key factors in my decision. In addition, he has been close and is running out of eligibility.

I struggled to decide where my fifth vote would go. In the end, I decided to go with Al Brown. He ranks 26th in Win Shares (excluding pitchers) and sixth for center fielders. Brown is one of only seven players with 300 career home runs and 300 career stolen bases. He's nearing the end of his eligibility, and I felt he deserved one last vote from me.

I would have given a vote to Placido Ferrer instead of Brown, but he showed up in the list twice. I didn't want to waste a vote on him if the counts would not be tabulated correctly. Ferrer ranks fifth in both home runs (686) and RBIs (1,934), eighth in runs (1,617), and tenth in hits (2,480). These impressive numbers equate to tenth all-time in Win Shares at 321. He'll get one of my votes next year.

I also gave strong consideration to Todd Torres who, like Stan Farley, probably had a handful of great seasons before season one. The same goes for hitters Cap Dawkins, Diego Andujar, Wiki Galvez, and Barry Oliver. Galvez is second amongst true shortstops in Win Shares, so perhaps he is worth closer consideration. (By the way, Torres is the only pitcher with 100 career wins and 100 career saves.)

In retrospect, I probably should have given my fifth vote to Graeme Lockwood who racked up 2,539 hits and 312 Win Shares. The Win Shares totals are good for eleventh amongst hitters and first amongst center fielders. Other hitters in the same general neighborhood as Al Brown (in Win Shares) are Harry Molina, Adrian d'Amico, Timothy Mulder, Billy Nunnally, and Alex Lucano. The pitchers who rank close to the cutoff for that fifth vote are Jay Young, Tris McEnroe, and Pedro Telemaco (who also had four seasons prior to world creation).

Stan Roosevelt ranks highest in Win Shares amongst the relief pitchers who are eligible (excluding Todd Torres). If we isolate the top 30 all-time in saves (175 or more), then Roosevelt is seventh in ERA (3.48), sixth in WHIP (1.22), and third in K/9 (8.08). I think you can make a decent argument for him, but, in my opinion, he was not dominant enough as a reliever to get one of my five votes. Talmadge Carson's case isn't as good as Roosevelt's despite his 504 career saves.
Posted by Matt Wittlief at 8:56 AM No comments:

Rookie of the Year: Paul Wanatabe.

MVP: Walter Roberts. Roberts had another great season for his second WS MVP. His 29.5 WS beat out Jerrod Ogea's 28.6 (in his bid for a fifth WS MVP) driven by a solid .954 OPS and over 1300 innings behind the plate. After Ogea, the rest of the top five include Eswalin Belliard, rookie Carlton Hinske, and veteran pitcher Stephen Harrison.

Cy Young: Stephen Harrison. This is Harrison's sixth Cy Young (and fourth in a row) according to Win Shares. Rookie Andrea Walker, Jack Jones, Walt Hubbell, and Pasqual Eusebio all followed Harrison in the top 5.

Rookie of the Year: Carlton Hinske.

Congratulations to Raidersfan and the Houston Home Wreckers for winning the Season 17 World Series! Houston defeated Aceman2124's Atlanta Chopahawkers 4 games to 2 to claim the trophy. Fisk World News has named Christian Martin MVP of the Series. Martin had 7 hits, 3 Home Runs and 5 RBI's.

Now we look foward to Season 18, time to start up the hot stove once again!
Posted by Farren83 at 1:08 PM No comments:

The voting is done and the Cy Young and MVP winners for Season 17 are as follows:

MVP
Ramirez is the beast power hitting Center Fielder for the Dead Rockstars. He crushed 56 home runs and drove in 144 runs, and all at the age of 24. Ramirez will be a finalist on the MVP ballot for many more seasons to come.

The Veteran right hander for the Storm wins his first ML Cy Young Award. He posted a 19-7 record with 2.12 ERA in 225 innings on the mound.

MVP
This is Jerrod Ogea's fifth MVP award in 9 seasons at the ML level. He hit 42 dingers and drove in 106 runs with a .330 batting average.

Managers of the Year, Season 17

Congratulations to Tui0job of the Washington Do Nothing Senators (NL) and Farren83 of the St. Louis Storm (AL) for winning the Season 17 manager of the year awards
Posted by Farren83 at 8:09 PM No comments:

AL Manager Of The Year

NL Manager Of The Year 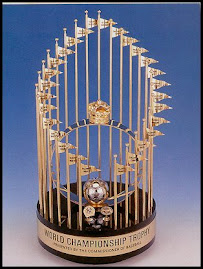 Please take some time and check out our new league blogsite. Our goal here is to provide everyone with a destination spot to obtain a wide range of communication, information and other features. By doing this, it will allow for league members to showcase this league to others and also aid in the recruiting new members as league spots open up in future.


Please feel free to contact the commish with any comments or ideas that you may have to make this an even more enjoyable experience. Thanks for your participation!